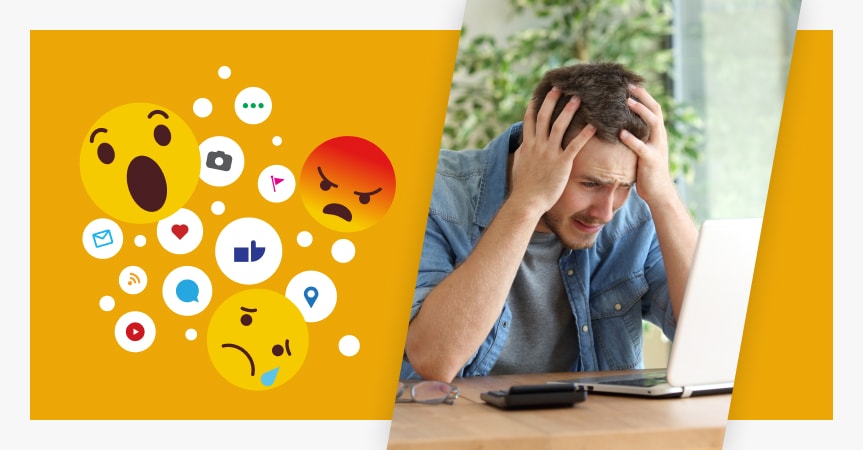 In the age of social media, it’s easy for things to go wrong. One slip-up can quickly turn into a viral sensation, and before you know it, your reputation is in ruins. Here are three examples of when social media has gone wrong.

The dangers of oversharing on social media

When it comes to social media, we’ve all been there – you post something that you think is harmless, only to have it blow up in your face. Whether it’s an awkward photo from your teenage years or a less-than-flattering story about your ex, oversharing on social media can come back to bite you.

While it may be tempting to share everything with your online friends, consider the potential consequences before you hit “post.” Once something is out there, you can’t take it back – and it could come back to haunt you down the road.

The impact of social media on our mental health

When social media goes wrong, the impact on our mental health can be profound. We can feel anxious, stressed, and even depressed when we compare our lives to others online. It’s important to remember that social media is not an accurate representation of reality, and we should be careful not to let it impact our mental health negatively.

How to avoid making mistakes on social media

When it comes to social media, even the most well-meaning individuals can make mistakes. While some mistakes are harmless and can be quickly forgotten, others can have more serious consequences. To avoid making mistakes on social media, follow these simple tips:

Be aware of what you share. Before you post anything on social media, ask yourself if it is something you would be comfortable sharing with the world. If not, then it is probably best to keep it to yourself. Think before you post. Once something is posted on social media, it can be difficult to take back. If you are unsure about something, take a few minutes to think about it before hitting the “post” button.

Be respectful of others. Just as you would in real life, treat others with respect online. This includes refraining from posting hurtful or offensive comments.

When it comes to social media, it’s important to be mindful of what you share. A recent study found that one in three people have regretted something they’ve posted on social media. It’s easy to get caught up in the moment and post something you later regret. That’s why it’s important to take a step back and think about what you’re sharing before you hit the post button. Before you post, ask yourself if what you’re sharing is something you’d be comfortable with your boss, your parents, or your future self seeing. If the answer is no, then it’s probably best to keep it to yourself. Remember, once you hit send, there’s no taking it back.